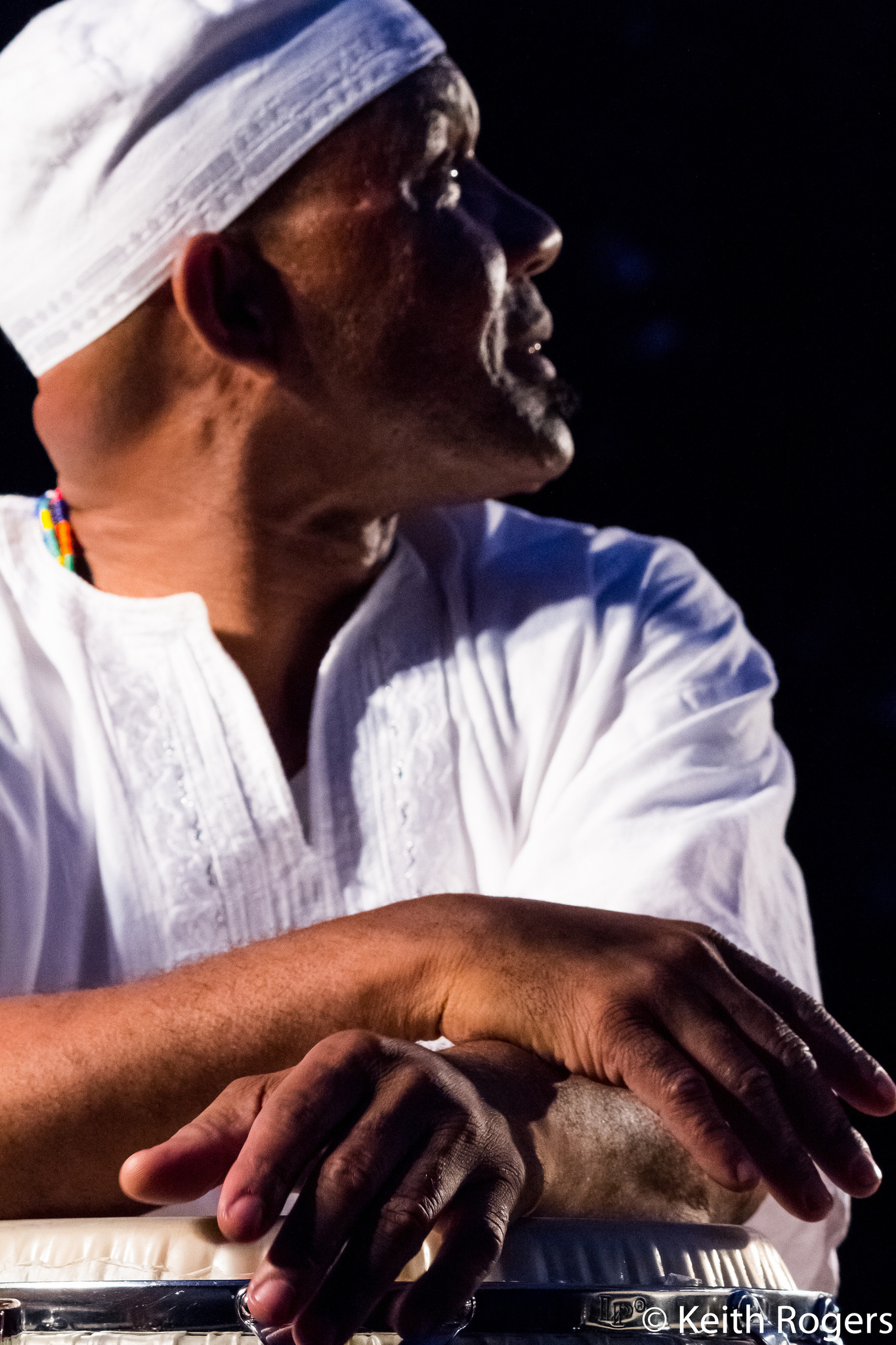 “Fiery, lyrical, and impossibly virtuosic”– such has been called master Cuban percussionist Joaquín Pozo’s style.  Christened “El Pulpo” (The Octopus) because it is said his two-handed style rivals the eight hands of four drummers, Pozo comes from a lineage of Cuban musicians influential in the development of Afro-Latin jazz sound. The Havana-native, recent Harlem-transplant holds distinction for his singular style, a uniquely melodic approach to the congas. Over the past 35 years, Pozo has honed his traditional and popular chops mastering folkloric forms like rumba and modern forms like jazz. As a bandleader and sideman, his music has led him across four continents and his discography spans a dozen recordings. As highly revered composer and educator, Pozo’s musical mastery and versatility puts in a league of his own. After hearing his instantly recognizable reverberations one understands why Joaquin Pozo’s sound has been imitated yet never duplicated.

All reservations must be made online. If you have any questions or issues with the reservation process, please contact us.